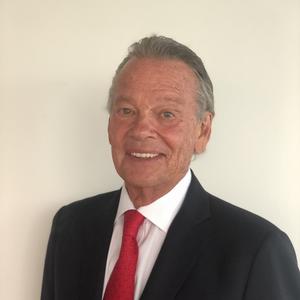 Pete is the Founder and President of Bristol Associates, Inc. He began his career working as an investment consultant in commercial real estate, then as an executive with several aircraft leasing companies. Over the past 40 years at Bristol, Pete has been involved in a broad range of aircraft transactions, ranging from advising on and remarketing for private and public debt entities in airline bankruptcies to large fleet dispositions for major airline clients. His expertise and experience have been centered on placing aircraft for both airlines and financial institutions in challenging markets.

Pete currently serves as an Independent Controlling Trustee of four Aircraft Securitization Trusts, all of which are publicly held vehicles which invest in commercial aircraft. He is also a director of Preferred Growth LLC, a Chicago-based real estate investment fund managed by JP Morgan. Former Board positions include Director of the International Society of Transport Aircraft Trading (ISTAT), Chairman of the ISTAT Foundation, Director of the National Defense Transportation Association (NDTA), and Chairman of the NDTA Finance Committee. Pete received a BA from Stanford University and, after serving as a US Army officer in Vietnam, he earned an MBA from Northwestern University’s Kellogg School of Management.

Bristol Associates is internationally recognized for providing an array of services to the world of aviation and financial communities.